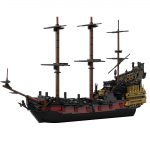 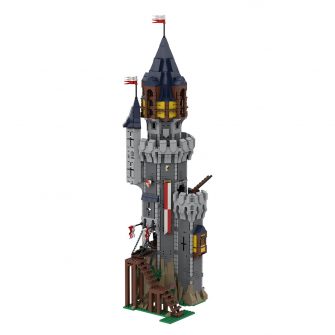 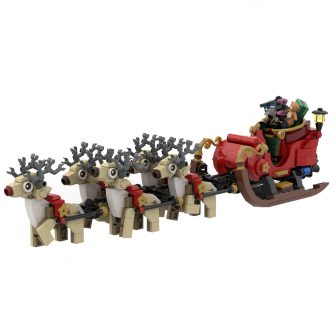 Características:
.MOC-124924 Queen Anne’s Revenge Ship Model Pirate Series Set is designed by Marius2002 .
.The ship model features an authentic appearance, original design and extremely impressive visual effects by the least parts for immersive fun in assembly.
.After many revisions, the product maximizes the appearance of the scene, which is designed with reasonable structure, firm&incredible building, along with unique design and color matching for superior ornamental and collection value.
.Built with premium quality particles in accurate color consistent with the parts of mainstream building blocks brands, the blocks are built with durable and sturdy holistic buildings for an impressive feel and easy disassembly.

.The various packages of cost-effective parts classified into types are capable of saving time in collecting parts and money on purchase for building block enthusiasts. Compatible with building blocks set of Danish famous brands.
.Come with easy-to-follow electronic instructions in a USB flash disk so young builders can commence and finish with confidence.
.Recomendado para mayores de 10 años.

.Packed in a graphic carton, the assembly toy suitable for home decoration and collection not only makes a perfect gift for friends and kids .

.The Introduction to the Ship:

The Queen Anne’s Revenge was an infamous pirate vessel, formerly named Concord and La Concorde de Nantes. Imposing, terrifyingly beautiful, a brutal beast of the sea, this legendary ship of the seven seas struck dread into the heart of pirates on the high seas.

.Under his command, this fearsome vessel was manned by the undead, whether it was a soulless crew of jumbees or zombies, awaiting with deadly determination to repel all boarders.