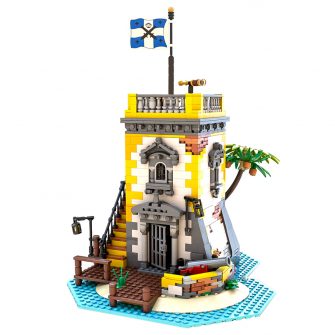 Earn 258 points upon purchasing this product.

.In the Medieval times life was hard, but everyone had a way to cope with the reality… mostly by drinking wine and ale. So the most common place to head out to after a hard day of work, was the tavern.

.The medieval period is a place where the imagination can explode as there are so many mysteries, legends, different cultures… 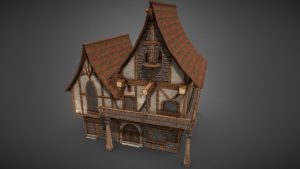 “This moc of a medieval tavern with inn was created to be presented together with the 21325 Medieval Blacksmith. It is about 28cm high and therefore fits perfectly with the blacksmith.

The moc features a tavern with kitchen, an open cooking area and a closed fireplace on the ground floor, two bedrooms, one of them with a fireplace and a “toilet”, on the first floor and a straw bed, some stored items and a clothesline on the second floor. Since not every corner of the attic is frequently visited, a rather large spider has moved in and is now guarding a small treasure in the back corner.

The upper floors are easy to remove and there are two removable roof parts for getting full access to the attic.

Overall, this building is absolutely stable and as playable as comparable  buildings. There may only be a few details that could be somewhat less stable than they would be included in an original Blacksmith  building.” 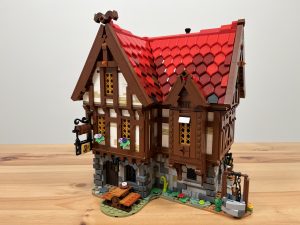 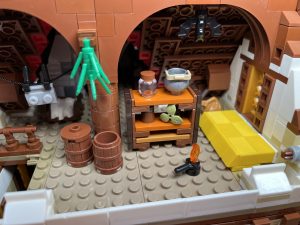 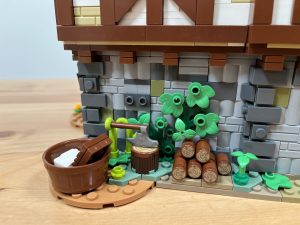 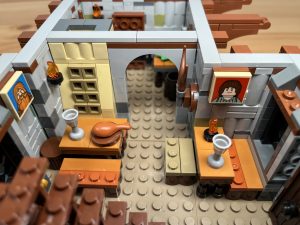 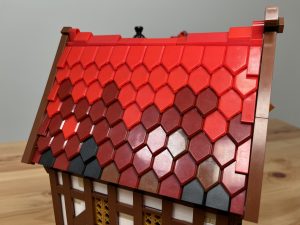