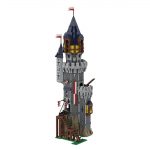 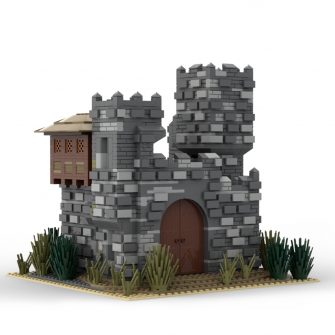 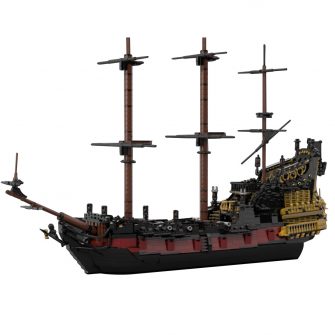 Earn 187 points upon purchasing this product.

.The cost-effective assembly is available as an impressive display and collection.

.The easy-to-follow electronic PDF instructions stored on a USB flash drive make it simple to assemble even for beginners.
.the product is suitable for kids over 10 years old.

.This takes some of the architectural themes of Medieval Castle and combines them into a very defensible tower with a fully detailed interior.

.It takes inspiration from the tower houses of the UK and Ireland, as well as the central round towers of Pembroke and Septmonts castles in particular.

.It features multiple beds, a fully detailed medieval oven, a table for feasts, a library and a telescope as well as a crane which can be used to pick up supplies in peacetime, and drop rocks if the castle is ever attacked.

.To assault the castle an invader must first climb the stairs which are overlooked by multiple battlements from which rocks and burning missiles can be hurled and deadly crossbow slots that a defender could fire from.

.Even at the top they need to bring down a drawbridge.

.If they can somehow succeed in that, then the internal layout of the castle allows for further defence.

.They will have to fight room by room to finally take the castle, climbing the internal ladder as defenders attack them from above and below.