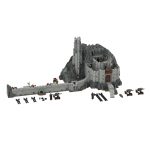 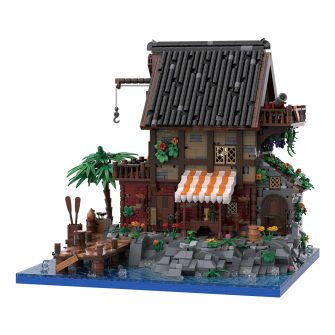 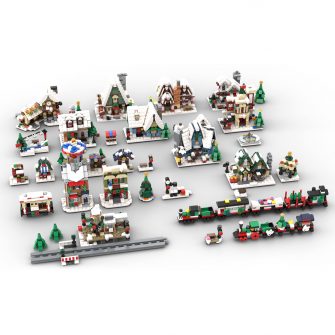 .The MOC-38478 Defense of the Canyon Movie Scene Model is based on Helm’s Deep . Tt Is Designed and authorized by LegoMocLoc .

. Made of eco-friendly ABS, the high-quality parts fit tightly with each other to form a firm structure. The realistic model in high precision casting and the surface of all parts is rich-in-lustre and smooth with no burrs for safety.
.The easy-to-follow manual is included in the complimentary USB flash disk, which helps building beginners commence with ease.
.Other Usages: Packaged with a graphic carton, the assembled building blocks of great educational meanings make an ideal gift, prize, decoration, and collection for back-to-school seasons and holidays.
.Suitable for 8 and up. With small parts inside, carefully placing and using is necessary. If you have any problems when assembling, please contact us in time.
.This moc includes the Hornburg, deeming walls, the fortress of Helm, the high watchtower of Helm Hammerhand and a section with the Glittering Caves, which were renowned for their beauty.

From the Designer LegoMocLoc :
The Helm’s Deep, named for Helm Hammerhand, was a fortified gorge in the White Mountains located below the Thrihyrne. It lay near the Westfold and was commonly known as the location of the Hornburg. It was later made famous by the Battle of the Hornburg, a major battle of the War of the Ring. The gorge narrowed from the north, with the cliffs on each side heightening until its southernmost point, where the fortress of the Hornburg and the source of the Seeping-stream lay. The Hornburg was built upon a great spur of rock which extended from the gorge’s northern cliff, and from the fortress to the southern cliff was built the Deeping Wall.The earthen wall known as Helm’s Dike spanned the width of the gorge, acting as a first defense of the fortress.

It is a great model and makes fun to build it.The quality of parts is very good, and the feel and quality are very real. Some parts are a little comfortable, but overall, they are OK.